Jim Collins is a conservative contributor on Forbes. He wrote an article that was critical of Twitters decision to ban President Donald Trump. He advised readers to short sell the stock and close their account. Clearly Twitter is pulling strings at Forbes! Censorship is despicably un-American.

Here is a link to the article that Forbes censored: https://www.forbes.com/sites/jimcollins/2021/01/11/twitter-is-the-worst-company-on-planet-earth–heres-how-to-bet-against-the-stock-and-deactivate-your-account/?sh=3fa93a015ba3

Unfortunately for Forbes I saved the article in Archive.VN. By doing so I was able to bypass their attempt to obscure it.

Here is a link to the archived article: https://archive.vn/JXcaj#selection-23.0-30.0

I copied and pasted the article by Jim Collins below. Enjoy!

Twitter Is The Worst Company On Planet Earth. Here’s How To Bet Against The Stock—and Deactivate Your Account

It is rare a that a public company stretches so far into the realm of abhorrent behavior, but Twitter’s TWTR actions last week revulsed me more than Union Carbide’s Bhopal, Boeing’s BA repeated failures with the 787 Max, J&J’s JILL Tylenol scandal and really any other corporate action I have seen in my lifetime.

For a social media platform to censor a world leader—while still giving a voice to preachers of hate like Louis Farrakhan Iran’s Ayatollah Khamenei and even O.J. Simpson—isn’t just wrong from a free speech perspective, it’s actually terrible business.  So, Twitter has shown little to no sequential growth in its user base of late (details below) but it is still valued like its Big Tech growth-y brethren.  Twitter is not growing, it is shrinking, if measured versus the growth rate of the global economy, and that reduction will accelerate dramatically now that Twitter has offended every Conservative in America with its action to ban President Trump.

Only fools in Congress and Big Tech apologists would think that Section 230 of the Communications Decency Act should apply to Twitter.  It is a publisher, not a platform.  Full stop.So, first and foremost, here is how to deactivate your Twitter account.  I used this excellent article from the Today show last week to kill my account.  It took me more than half an hour, and making it difficult to leave is a classic Big Tech strategy for bolstering user numbers, but eventually I succeeded.  It was worth it.  I will never use that platform again.  But I do stocks, not activism, and even if a new type of conscious capitalism is my investment strategy for 2021, I still need to make some money. Twitter shares are plunging 7% in pre-market trading Monday, and the market will soon realize that this platform is going to shrink dramatically.  Even on a good day, Twitter is a cesspool of hate speech, lies (including investment advice) and a “trending” algorithm that seems to have a remarkably consistent left-wing bias. I will not be the last person to cancel it.

I have never interacted with an ad on Twitter (or Facebook) and I would never spend a dime with a company that tried to reach me through a private social media channel. I don’t do “cancel culture” but I believe Twitter will become radioactive for advertisers, as half the US is revolted by what they have done, and that’s not good for business. Twitter’s self-reported user base grew at a whopping 1% sequentially in 3Q20, with 1% growth internationally and 0% in the U.S.  The comparisons were much better on a year-on-year basis (+29% overall) but remember that 2020 was an extraordinary year for news flow.  But Twitter is not news.  I think that Twitter CEO Jack Dorsey is a pathological liar as well as a horrible human being, so I don’t  believe Twitter’s user numbers at all.  The mDAU metric that Twitter now uses reflects, and clearly they will keep changing metrics until they find one that looks decent.  This is a classic Big Tech maneuver.

In dollars, though, Twitter generated $936 million (million, not billion, this is a small company) in revenues in the third quarter and produced a very low (for Big Tech) 6% operating margin and 3% net margin. So, after a whopping $1 billion loss in Q2, Twitter recovered to make $28 million in the third quarter.  Wow!  That’s just…irrelevant.With negative free cash flow of $74 million in Q3,  but $7.6 billion of cash and securities on the balance sheet, Twitter is worth more than zero, but extraordinarily less than the $51.48 per share the market was according TWTR stock Friday.  Yes, we have completely forgotten how to value stocks.  Twitter is not the only one but it is the easy one. With earnings power of less than $1 billion (TWTR reported net income of $1.469 billion in 2019 and will be nowhere near that in 2020) I think this is a steady-state stock.  No growth, no dividend, and no free cash flow to speak of.  That doesn’t deserve even a market multiple, but since it’s tech, let’s give TWTR the insane 25x real earnings power that the S&P 500 is granted.  So, add about $5 billion cash (net of debt,) a real cash earnings power of about $750 annually and use the 800 million shares outstanding as of 9/30 and you get a fair value for Twitter of just below $30 per share. But Twitter’s user base has shrunk dramatically in the past week, I believe, and so $30 is really more of a best-case scenario on earnings power that won’t exist with a smaller user base.  So, let’s say someone thought TWTR’s fair value was in the high-$20s and would pay $20 for TWTR, to imply an attractive return, and use that as our share price target,  That implies a decline of more than 50% from current levels.  How long will it take to get there?  Not long in my opinion.  Plus, when trading options, you have to take into account the overreaction that always occurs with an inflective event.

Do I think Twitter shares will trade below $20, at least temporarily at some point between now and the end of March?  Hell, yeah.So, when searching for that perfect option contract, always look for one with a decent amount of  contracts outstanding (which implies a more efficiently-priced contract) and a relatively low implied volatility, I see March 19th 2021 TWTR $25 puts quoted at $0.13 this morning, and, man, I gotta get me some of that.  Pre-market quotes are notoriously unreliable for deep-out-of-the-money options contracts, so let the market open and let it trade a little before you buy,  That’s what I will do today for my personal account and for my most risk-aware clients.  So, that’s how to make money betting against Twitter.  The new conscious capitalism of 2021 entails fighting Big Tech censorship and the monopolistic power that those companies wield.  Not only is Jack Dorsey at Twitter a revolting human stain (as proven by this

Congressional testimony and takedown by Senator Ted Cruz) his company isn’t that big or growing that fast—and is about to shrink.  I am uncomfortable sometimes with Amazon’s AMZN power, but I won’t be unsubscribing from Prime any time soon, and I don’t have the guts to bet against Jeff Bezos’ stock. But Dorsey is not Bezos and TWTR is no AMZN.  Twitter is a faux-tech outfit with no competitive moat and a customer base filled with—it would seem—idiots.  It’s too small to be considered Big Tech, but the media has given it outsized influence.   Only you and I can fight that war and destroy Twitter’s base.  So, delete your account, and short the stock.  Making money while doing the right thing feels extra good…doesn’t it?

What Did You Think of This Article?

Your opinion is important for us

CEO at inMOGUL LLC
My name is Michael Anderson and I am the owner of this website for posting and sharing stories and articles. I also have a drop shipping company that I own. I am a very independent and goal oriented person. I hope anyone who is interested in submitting a story or poem sends me their work so I can post it up on this website. You can read more about how this works and how I pay you to post up work here. Not only is using this blog a great way to get recognized for your work, it is also a excellent way to turn your poetry, stories or articles in to a profit! I started this blog in hopes that I could help people get their articles, poems and stories out there for the world to read.

People Who Read This Have Also Read...

My name is Michael Anderson and I am the owner of this website for posting and sharing stories and articles. I also have a drop shipping company that I own. I am a very independent and goal oriented person. I hope anyone who is interested in submitting a story or poem sends me their work so I can post it up on this website. You can read more about how this works and how I pay you to post up work here. Not only is using this blog a great way to get recognized for your work, it is also a excellent way to turn your poetry, stories or articles in to a profit! I started this blog in hopes that I could help people get their articles, poems and stories out there for the world to read.

HELP SUPPORT THIS SITE BY SHOPPING ON AMAZON THROUGH THIS LINK! 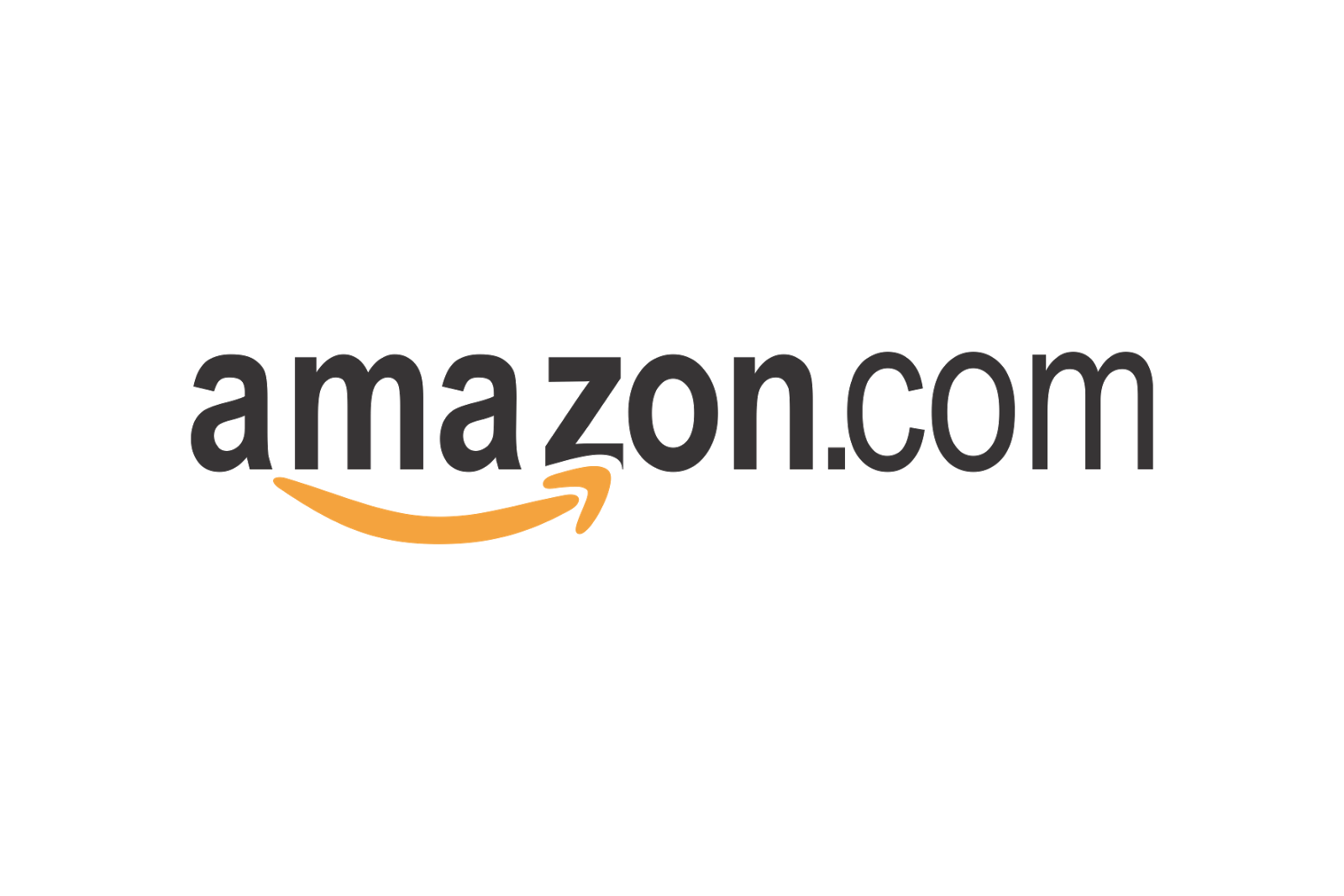 Get Updates on The Latest Articles